I decided to be a little more creative and build myself my own Muppet style robot, which can move around using a bunch of old servos I had lying around.

I started of with a two standard servos and a pan-title frame I bought a long time ago. On top of that a simple wooden frame is added, which supports the eyes and the mouth. 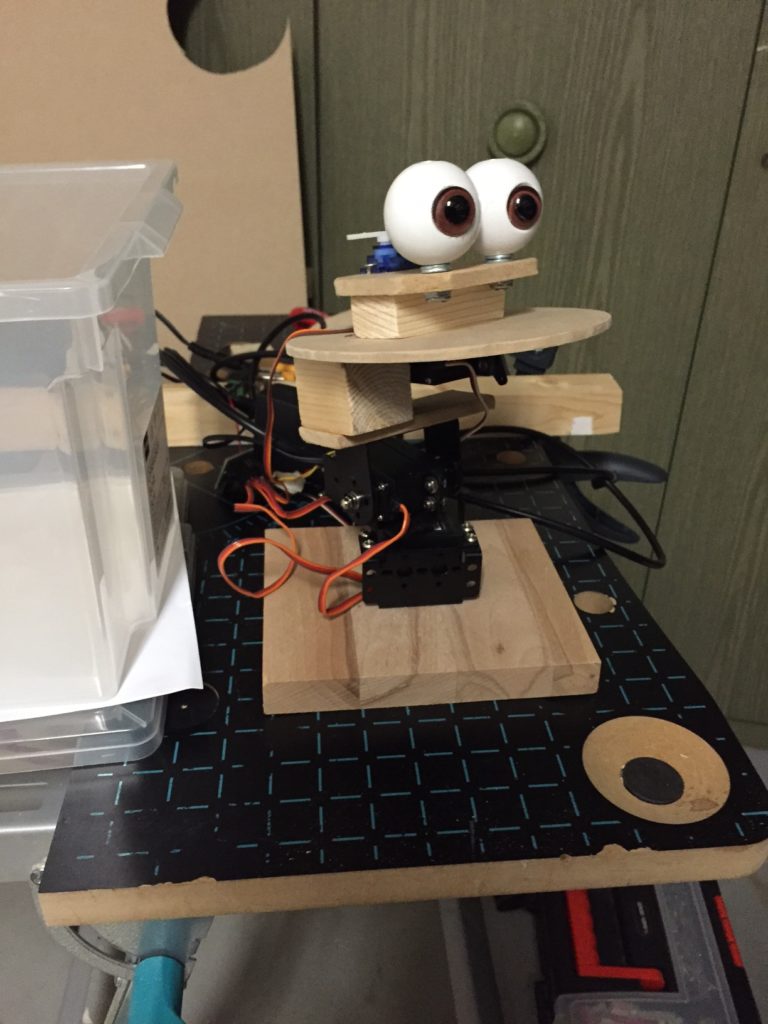 The eyes are controlled using a standard 9g micro servo. 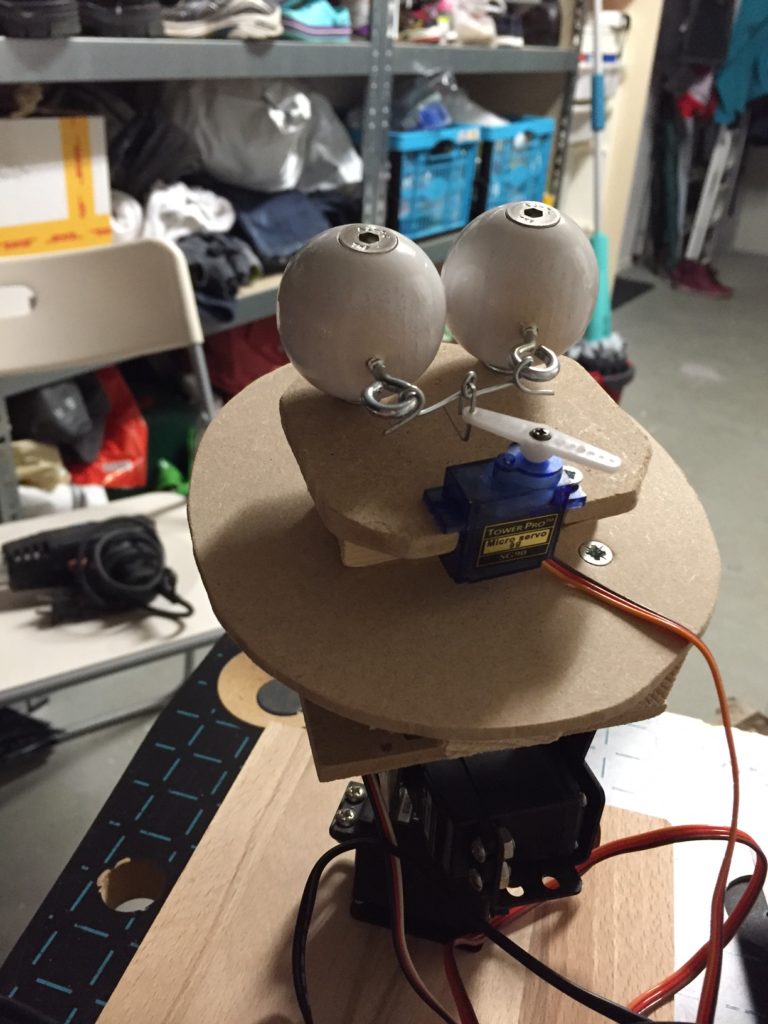 After that I added the jaw for the mouth. 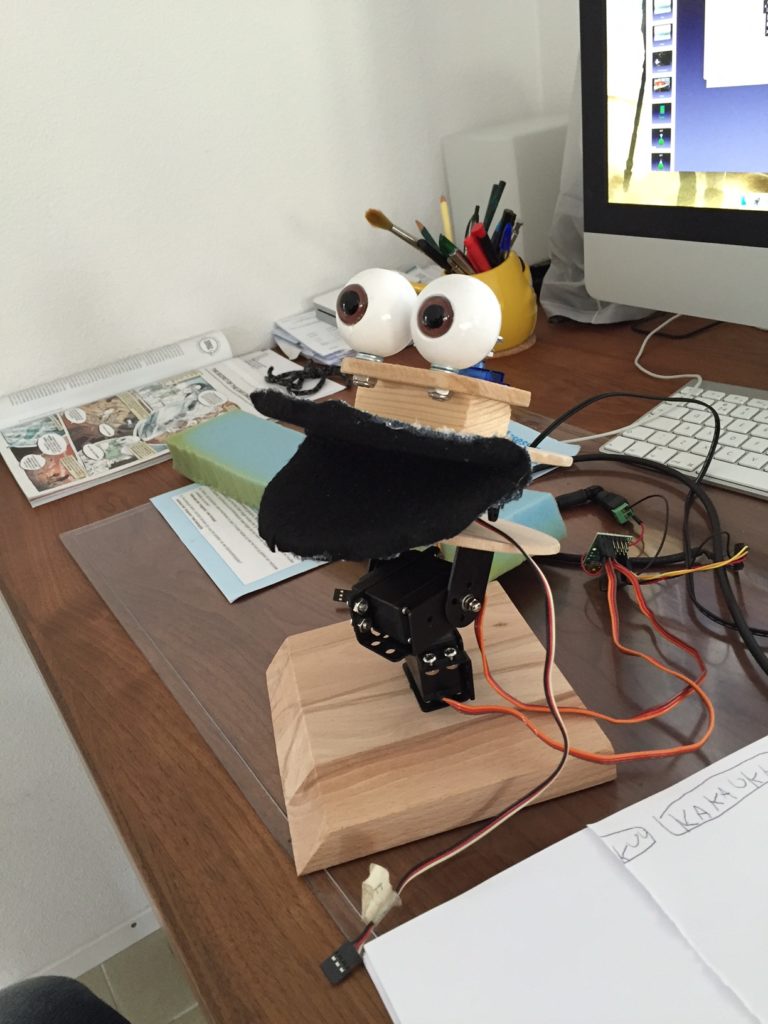 By then, the whole construction started to become too have for the servo controlling the tilt. So I replaced the servo with the heaviest servo one could be for a relatively reasonable price. I went from 5 KG/cm to 20KG/cm, which is a bit too much 🙂 But hey, it works…

I forgot to take a picture of how I made the outer shell. But I used some thermo-plastics such as  Worbla and EVA foam. I glued some fake fur to add, which the following result: 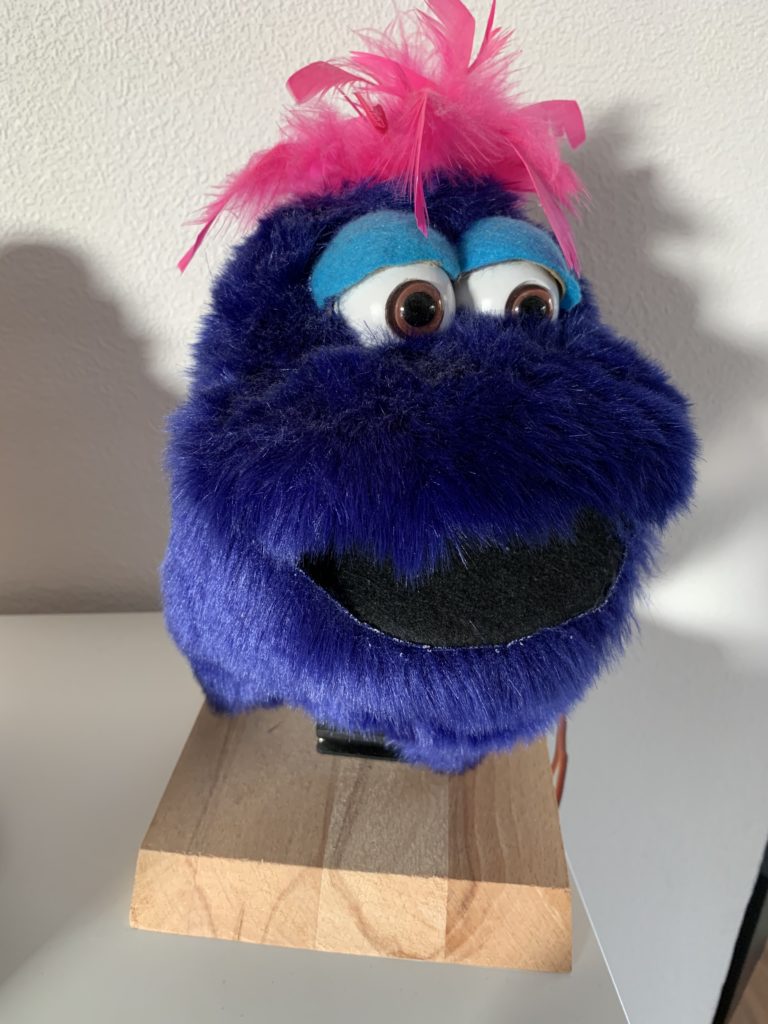 The servos are connected to a 6-channel micro-controller from Pololu, which a connect using a serial connection to a DfRobot Beetle. I still need to refine the code, such that everything operates smooth. I’ll post the code as soon as I have it up and running.