Well the parts have arrived. The LED driver bought on E-Bay appears to be from some show named AC-RC Hobby in Hong Kong. It looks and feels what I paid for, a little cheap. 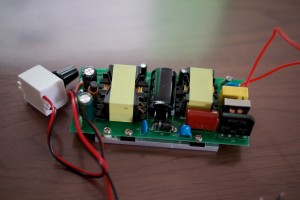 A cooling element is attached at the bottom, so I do not need to take care of that myself. 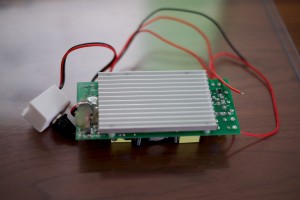 There is no manual included, but a black and red wire have a +/- sign and the other side has two red wires with an AC sign. So a guess I cannot go wrong here. So driver was send without any protection in a very tightly fitting box. I’m curious to see if it actual works.

The LED driver arrived by UPS, which resulted in me having to pay tax over it. It was send in a box about 1000x the size of the contents. The box was filled this bubbly plastic stuff (not clue what is called ). 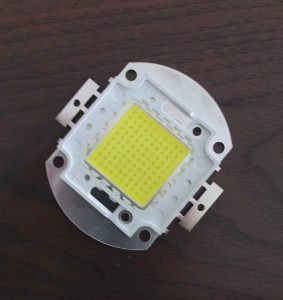 The LED shows a + and – sign perpendicular to the connectors (those things sticking out to the side). So I have no clue what is the positive and negative connector. I guess I’ll have to figure that out myself.

I bought the cooler from a Dutch company called Alternate, which sells computer parts as well as complete PCs. It has been a long while since a last assembled my own PC. I had no clue coolers had gotten this big. You will see what I mean once I attach the LED to the cooler. 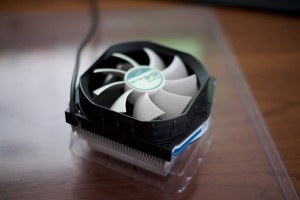 I’m still lacking a 12V DC power supply for the cooler. But I have a huge box with AC/DC converts where I expect to find a 12V power supply.

Once I’ve put the stuff together I’ll place another post.