My son needed a new bed. His room is not a big room, so I want to be able to utilise any possible space for storage. Finding a suitable bed appeared to be troublesome. Most children beds are based on 200cm x 90 cm mattresses, where I would prefer something smaller. There is also a heater on the head-side of the bed, which some additional shelve. In the end I decided to make one myself.

I also used the opportunity to try out some other modelling software. I started with Sketchup, moved to Autodesk 123D Design and now ended up with Autodesk Fusion 360, which is quite nice to work with. 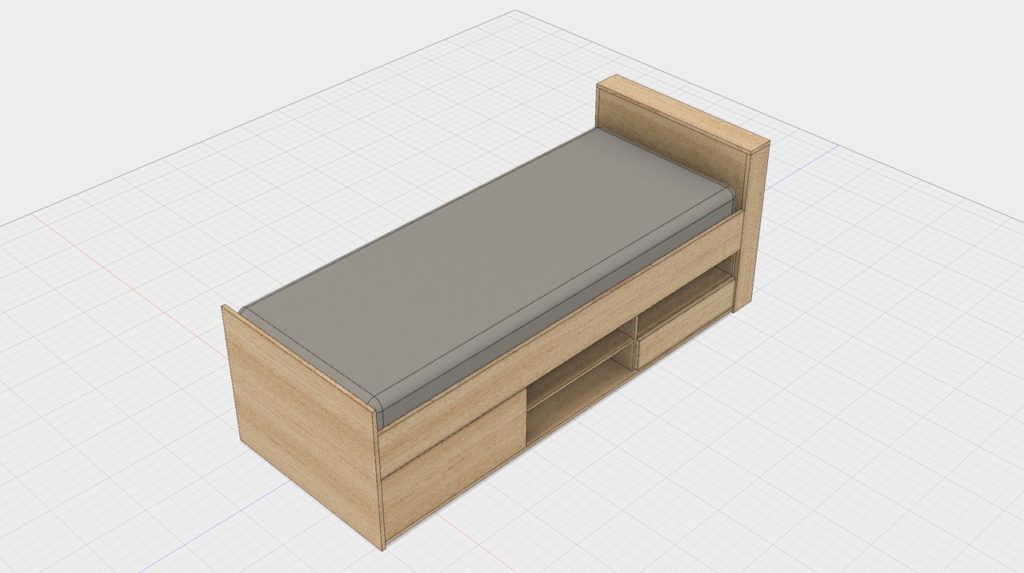 I decided to work with beech again, but this time because finger jointed beech boards are easy to obtain and the stores saw then roughly to the correct size. I was told, the boards would be more stable, but they cup just as easy as my solid boards of wood.

But all the pre-cut panels save a lot of time, making this a rather fast build. Having a heavy workbench turned out to be really pleasant. I was able to clamp the 2 meter boards in the vise and plain the sides without any problem. Yeah! 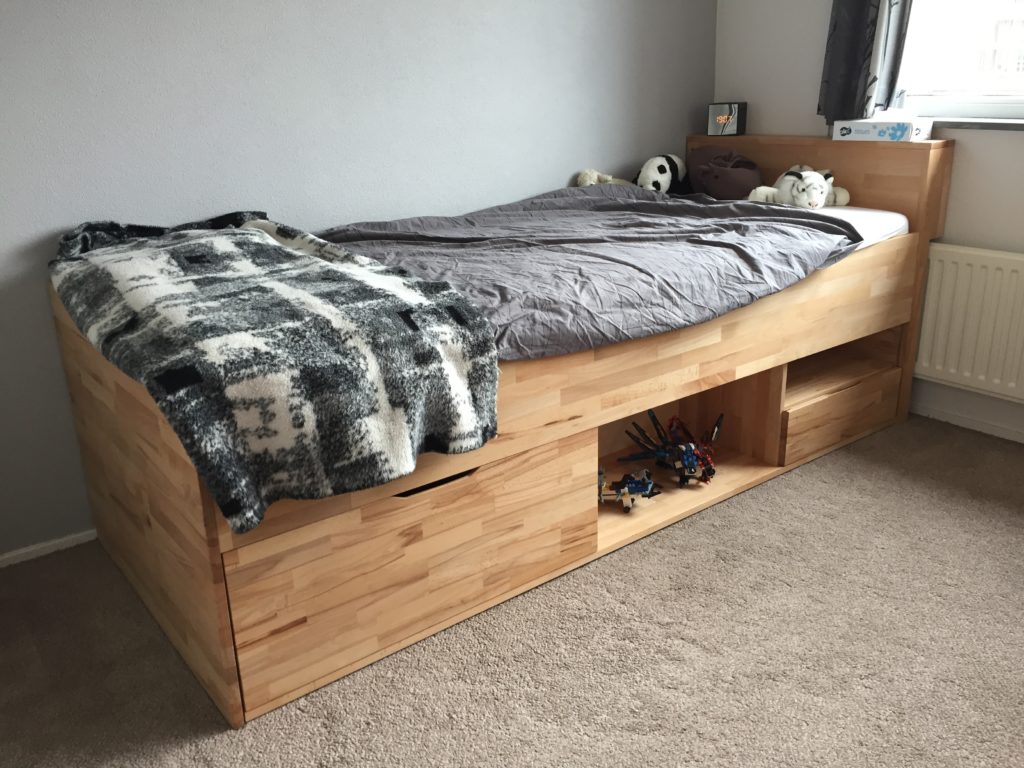