I’ve managed to put everything together. It now becomes clear that the cooler is really large compared to the LED (or the driver for that matter). 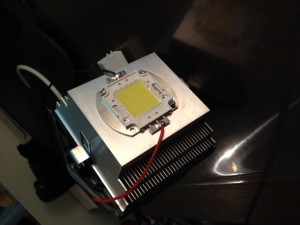 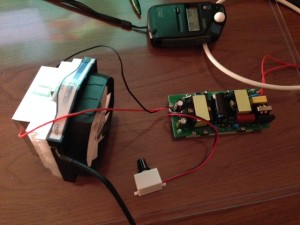 The CPU cooler keeps the LED really cool. The LED still feels colder than my skin when I touch it. So I could do with a smaller one if I want to make everything a little bit more compact.

The LED driver does get warm though. I do not have the equipment at home to measure how much, but its warm. I need to borrow some stuff to make accurate temperature measurements.

It feels like the LED produces a lot of light once turned on. The dimmer allows to reduce the light intensity to roughly half of the full setting. However, my light meter shows that it is not that much light at all. I get F8 at 1/125s, ISO400 at 30cm from the LED. 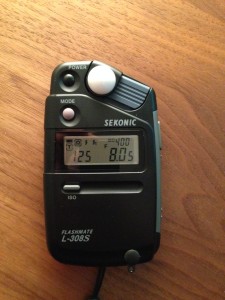 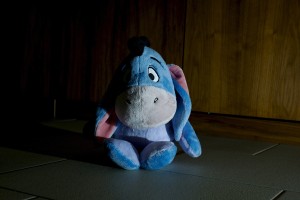 When I place a white box next to Eeyore for a little fill from the left I get something which is quite acceptable: 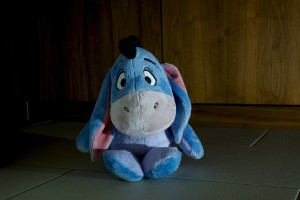 The amount of light is not sufficient for me to comfortable sacrifice my flash heads. So I’ll need to find a cheap (perhaps defective) flash head to which a can mount my light modifiers. I’m curious to see how much light is left once I place a soft box in front of the LED.